After breakfast, tour in Anuradhapura and visit Sri Lanka’s first capital, Anuradhapura. You will see the rest of the Brazen Palace (which used to be 9 stories high) and Sri Maha Bodhi is a Bo tree that has been in existence for more than 2,000 years and is part of a particular tree inspired by the Buddha. The top attractions you are going to visit in Anuradhpura are the Jaya Sri Maha Bodhi,Ruwanweliseya Dagoba,Jetavanaramaya Dagoba,Thuparama Dagoba,Isurumuniya, Brazen Palace / Lovamahapaya, Rathnaprasada, Moonstone, Samadhi statue, Kuttampokuna & Eth Pokuna.

Mihintale is a mountain peak near Anuradhapura in Sri Lanka. It is believed by Sri Lankans to be the site of a meeting between the Buddhist monk Mahinda and King Devanampiyatissa which inaugurated the presence of Buddhism in Sri Lanka. It is now a pilgrimage site, and the site of several religious monuments and abandoned structures. Archaeologists and historians say that the ruins of the great 40-foot stupa and the surrounding caves date back to the 1st century B.C.

At the end of the visit, you will return to the hotel to relax and spend the night in the same place. 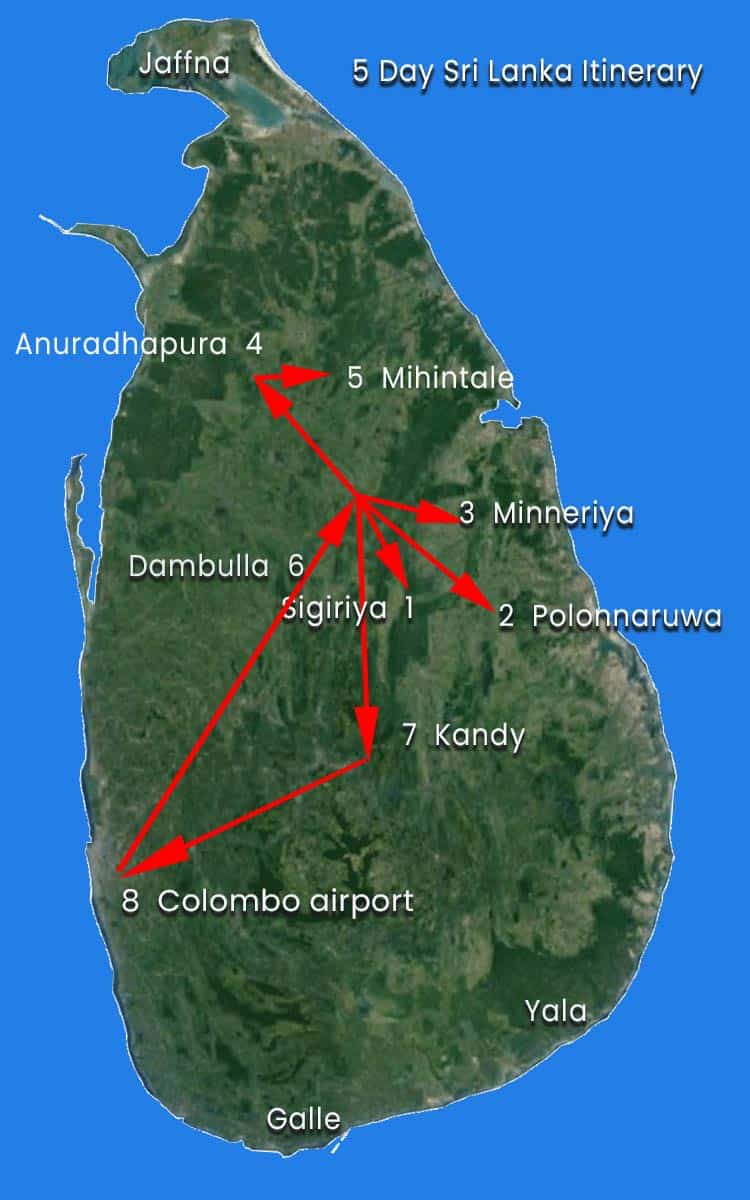